Probabely every wargamers has a spell of time of being fascinated by the Napoleonic period. The colourful uniforms, the wide spanning strategy, the epic battles, the cultural and legal effects on Europe all make for a very intersting historical study.  I am no exception of this. I have painted miniatures, taken part in several smaller and larger Napoleonic wargames. The more memorable ones were two occasions of large teams playing the battles of Katzbach and Quatre Bras. I recollect having attended to an one week Napoleonic Spanish team campaign in a lodge in England.

Therefor I was inclined to give it a go when I saw Last Eagles: Ligny 1815 enjoys quite a high rating on Bordgamegeek.  I ordered the game at Hexasim and got it a few days later. So off I went to open the box. 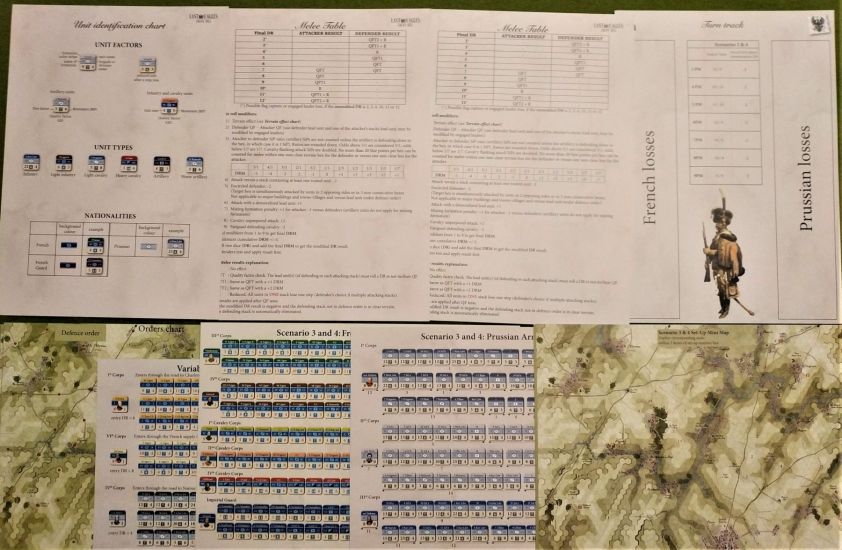 The game components are excellent. The maps and the counters make for a stunning sight on the tabletop. I fell in love with the two maps when I first spread them out on the table. It is a goreous sight and I can’t wait to place the counters on the full map.

The counters are prepunched and very easy to ready for play. There are charts for every scenario to help you sort the units. On the back of the large map you find the smaller map regions for scenarios 1 and 2. This is an ingenious idea for sparing space. An idea that should be copied by other publishers in my oppinion.

I like the method of colouring the counters in a way as to clearly distinguish the commands they belong to. As your actual units are the various corps with regiments and batteries as manouvre elements this serves well.

To understand the rules I tried Scenario 1 The Battle for Saint-Amand-la-Haye. The rules play quite simple and you will get results. Casualties range from none to drastic and surely put you into the perspective of a corps commander. You order your regiments to fight in some place and then you will have to await the outcome. Next you are presented the results by advancing or retreating units and its upon you to react accordingly in the subsequent turn.

The game runs smouthly once you have internalised the sequence of play. My only critique is that I would have liked some additional information in a chart. The Sequence Of Play and the effects of failed QFT [Quality Factor Test or Morale] rolls would have been nice.  The lack of any such chart had me skimming through the rules near every single combat result. Eventually I will make one of my own. 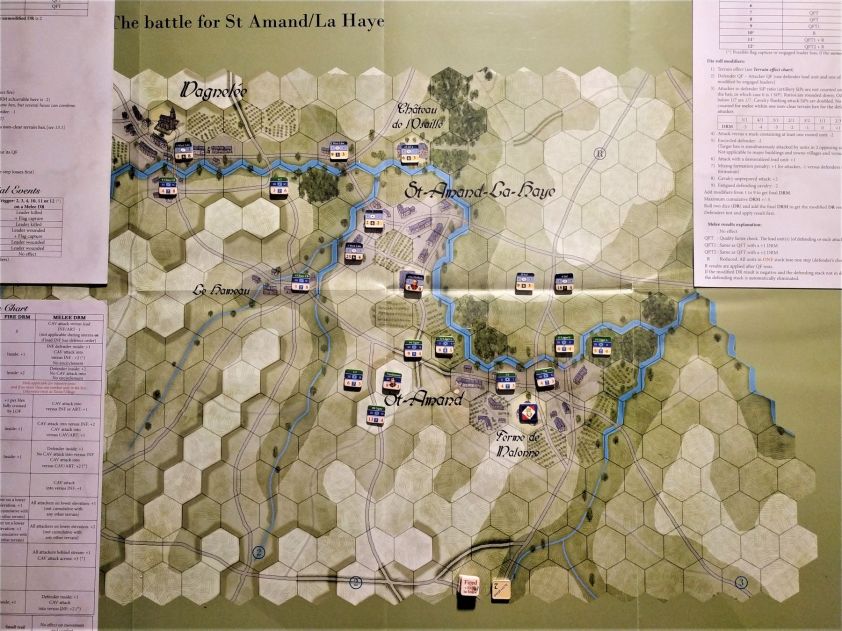 I think the game is very suitable for team play. Each player could command a corps or army wing. Its medium complexity makes it fast running and one can hope to fight the battle to a conclusion in reasonable time.  On BGG I provisionally rated it 8/10.